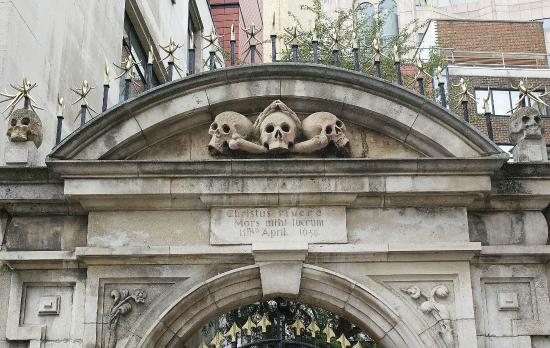 Mr. Pepys is back in his rightful place in Seething Lane. The great diarist Samuel Pepys will soon be restored to the place where he belongs – the garden at the rear of the PLA building in Seething Lane. He was taken away when the restoration work transformed this majestic one-time headquarters into the luxurious Four Seasons Hotel..

The work is complete and the garden has been re-designed in a way that Mr. Pepys would surely have given his approval. Previously it was uninviting with trees and shrubs, flowers and rose bushes and the bust of Mr. Pepys almost hidden from view.

He deserved better and now he’s been given a place in the garden where he can see all that’s going on around him! This was the man who gave us such a fascinating insight into the years between 1660 and 1669. His detailed diary told us so much about life in the City as well as events like the return of Charles II to England, the Plague and the Great Fire of 1666. We learn about the lives of ordinary people as well as the privileged elite including aristocrats, politicians, and even the King himself.

Pepys and his wife Elizabeth are buried nearby in St. Olave’s Church so this little corner of London tucked away behind one of London’s newest and plushest hotels will be forever associated with Samuel Pepys.

Why not keep visiting this site and make a note when the next walking tour of the City includes this area around Seething Lane.