Revelations in the East

Revelations in the East 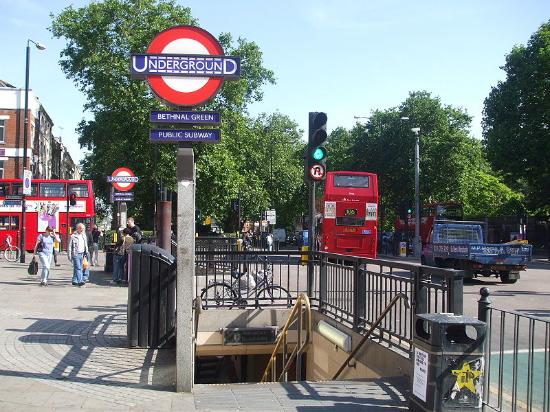 Although the City of London remains the main focus of interest for many of the City guides, exploring the East End reveals many extraordinary stories that can be developed into fascinating walks. Bethnal Green, Wapping, Whitechapel, Shoreditch, Hackney – all are rich in history with diverse cultures, traditions, religions and languages. East London offers so much to visitors who, in many cases, have family links that can be traced back to these areas.

Bethnal Green, for example, has a population speaking over 50 different languages, an old Banksy wall mural that has been vandalised, houses that were condemned after the war yet are now selling for almost £1 million. Ships and merchants using the West India Docks were once heavily involved in the slave trade during the early 19th century; Spitalfields has been the haven of migrants fleeing from persecution and political upheavals in their own countries, notably the Hugenots, the Jews, Irish escaping from the potato famine of the 1840s, the Jews from Eastern Europe and now the people from Bangladesh.

LONDON FOOTSTEPS has a selection of walks that are full of Eastern promise and fascination. If you would like to learn more about the changing fortunes of London’s East End and the wealth and poverty that existed side by side during the 18th and 19th centuries then why not join one of our future walks.

We also welcome clubs and societies who want a London walking experience that is a bit different. You won’t be disappointed.