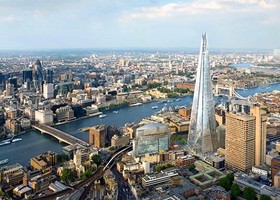 Lord Foster, Rafael Vinoly, Sir Terry Farrell, Lord Rogers, Sir Giles Gilbert Scott and Renzo Piano have one thing in common. All have made significant contributions to the City skyline during their long and distinguished careers.

These are the men whose architectural vision and ambitious design skills have re-shaped the City of London. They are all part of the 21st century story of London and one that is worth exploring in depth on a LONDON FOOTSTEPS walk.

At the same time, we must not forget the legacy of other men. Sir Christopher Wren, Sir John Soanes, Sir Edwin Lutyens, George Dance the Younger and George Dance the Elder, John Rennie and many more. So why not join me on FRIDAY, 6th MARCH to take a walk that starts at Bank Station and looks at the changing face of London – and identify some of the buildings which add to the prestige and world prominence of the city.