Lord Mayor and the Livery Companies

Lord Mayor and the Livery Companies 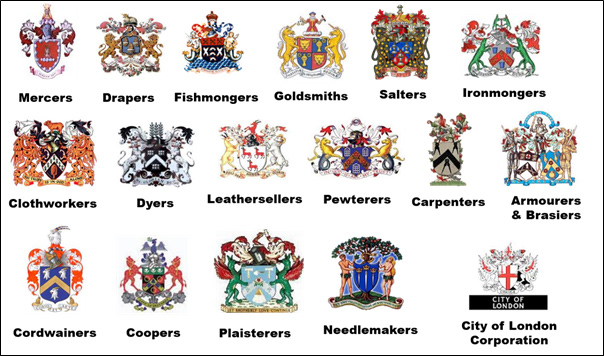 There’s always  a problem with giving a talk about the City Livery Companies.  The subject is so varied and interesting that knowing what to include and what to leave out is a head-scratching exercise.

The current Lord Mayor of London is Fiona Wolfe, the 686th individual to hold this high office yet only the second woman to be elected to the most prestigious and important position in the City.  Many people, especially visitors from abroad, are confused by the fact that London has two mayors.  It’s Boris Johnson’s job to look after the rest of London -with the exception of the City – from Hounslow to Havering and Bromley to Barnet.

In my Livery Company talk I usually compare the older companies, the Weavers, Mercers, Merchant Taylors, Drapers, Tallow Chandlers, Plaisterers, Framework Knitters and so on with those modern companies like the International Bankers, Information Technologists, World Traders, Management Consultants and others with names that have all the hallmark of the 21st century.

Livery Companies have re-invented themselves in the 20th century and moved away from the traditional status as guardians of the trades and crafts that were an integral part of London when it was a walled city and easier to control.  Today all companies concentrate on their role as charitable institutions, providing educational opportunities at school and university level and supporting the aged and infirm.  No longer does anyone get dragged through the streets behind a horse-drawn cart if they short-change customers or provide a dodgy service!

London is all about change.  It’s an evolutionary city.  There’s a reason to dress up in colourful costumes and show respect for tradition as the Livery Companies frequently do.   But when change is necessary to survive, then London and the Livery Companies rise to the challenge.  There’s no better example than the  annual Lord Mayor’s Show when  every Lord Mayor starts his or her year in office with a spectacular show that draws thousands of spectators on to the streets of London.

The Livery Companies have a prominent role in the procession and the celebrations surrounding this centuries-old event.  It clearly demonstrates that the tradition and heritage of London remains as strong and impressive as ever and it very much an integral part of the modern city.