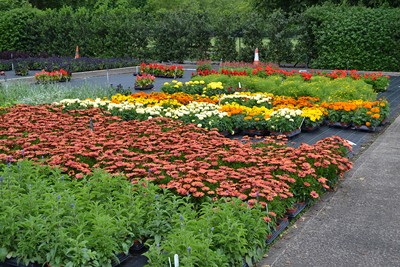 The City has many secrets and not all of them are in the Square Mile – like West Ham Park. This is the largest public park in Newham and was bought from the family of Samuel Gurney, the City banker, with a donation from the City of London in 1873.

It remains a well-maintained 77 acres of green space in an overcrowded part of the East End. In the later decades of the 19th century, City authorities realised the need to buy up land around the capital that could become leisure areas and parks at a time when excessive housing development was stifling the lives of a expanding population.

Open spaces, common land and threatened areas like Epping Forest came under the City control. Since then the smallest plots of land in and around the City have been developed into attractive and colourful gardens. All the shrubs and flowers are grown by a small team of horticultural experts in a corner of West Ham Park.

Some of London’s green secrets are normally closed to the public during the year and that includes the nursery.  But at the weekend the gates were open.  I joined a small group who were privileged to be given a detailed tour of the grounds and the greenhouses by nursery supervisor Paul Harwood to share a secret that brings colour to one of the world’s great cities.