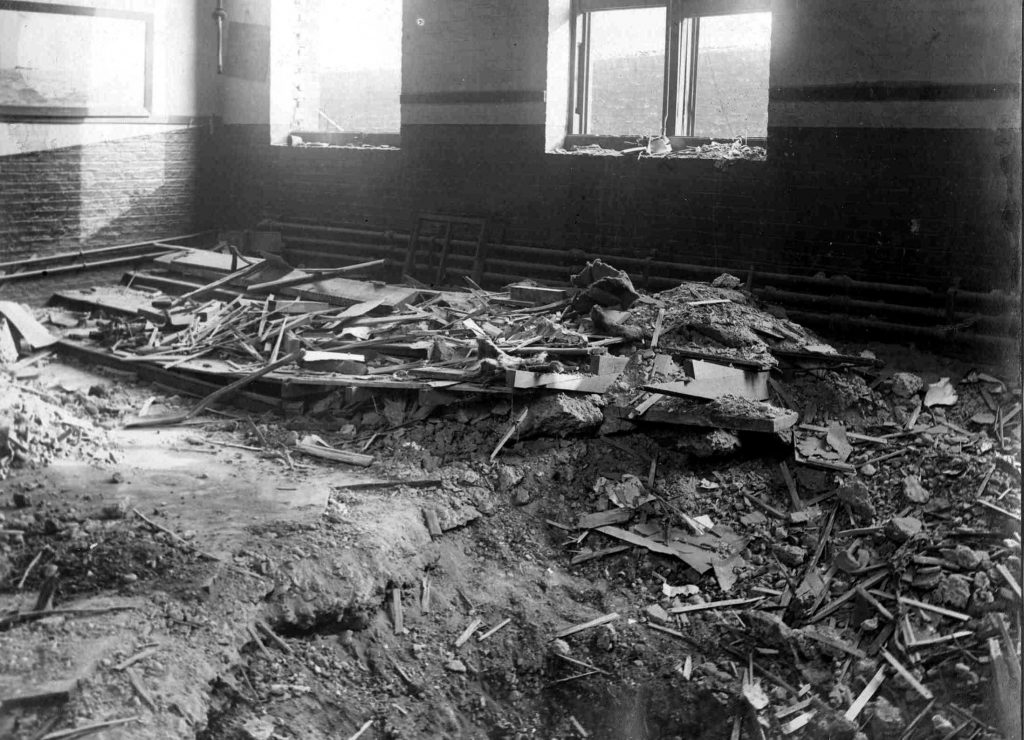 Row after row of headstones marking the battlefields of France and Belgium the memorials and overgrown graves in villages up and down Britain all remind us of the horrors of World War One which started in August 1914. So many tragedies, so many lost husbands, sons and brothers who have never been found. Millions of victims and millions of broken hearts.

The civilian casualties of Great War rarely attract the same attention as those who died in uniform. Yet a visit to East London Cemetery in Plaistow will re-write this anomaly of history. There you can see a gravestone remembering the young children who were at Upper North Street School on the day that 14 Gotha bombers launched the first-ever daylight bombing raid on London by fixed-wing aircraft. On 13th June 1917, 104 people died as the bombers indiscriminately unleashed a deadly attack on a city which was defenceless and unprepared. The greatest loss of life was at the school.

The bomb landed on the top floor and penetrated the storeys below before finally exploding on the ground floor. That was where the infant class were having their lessons and 16 of the 18 who died there were between the ages of four and six.

A week later, the grief overflowed onto the streets of the East End as thousands watched the tiny bodies on their last journey to East London Cemetery. Fifteen were buried in a mass grave watched by parents, brothers, sisters, relatives and friends from school who had escaped the carnage. Emotion, fear and heartache gripped the community. Just over 20 years later those same streets and communities were going to face even greater dangers from the skies above.